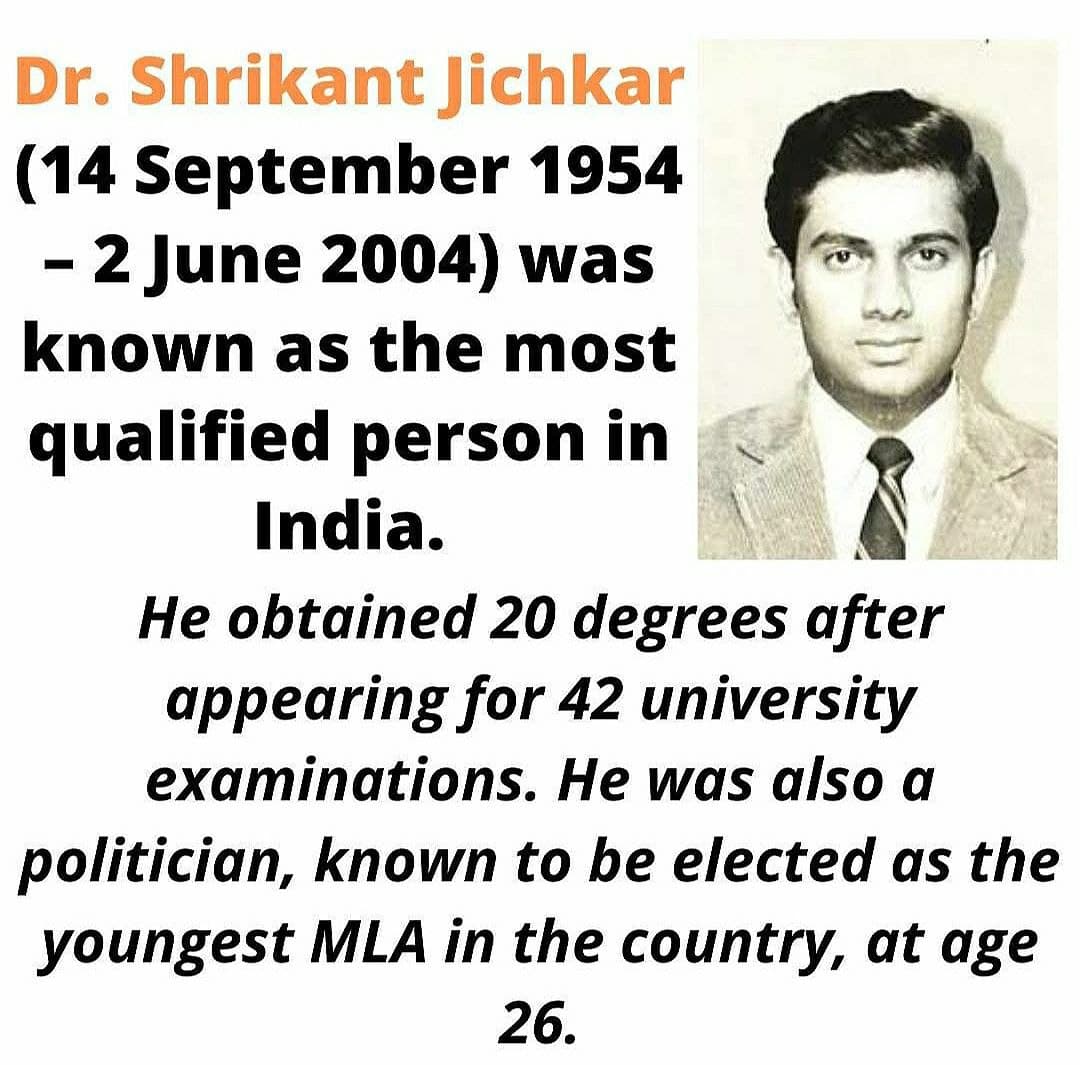 Have you ever thought about who was the most qualified person in India? It’s none other than who’s an article you are reading now. His name was Dr. Shrikant Jichkar.

Born in Marathi speaking family on 14 September 1954 in Katol Maharashtra. Since childhood, he was interested in Studying. His parents were from a simple agricultural family. So let’s today discuss Shrikant Jichkar biography who is known as an incredible genius, intellectual par excellence, and embodiment of a compassionate person in India.¶

The biggest milestone he achieved was:

He completed his primary education in Nagpur govt school as per sources. He was a clever student and top ranker since childhood.

This is the reason why he is called India’s Most educated person.⊗

After being selected as an IPS and IAS he retired from service to contest his elections. In 1980 he joined active politics. Also, he won his very first election and went to become MLA at the age of 26.

Still, he has a record of being the youngest MLA in the country. He was also the one minister in Indian history to serve 14 portfolios at once. That’s the masterpiece.

He has recorded in the Genius Book of World and Limca Book too for his various achievements. While doing social work and politics, he founded many schools.

It is still unknown which caste he belongs to as he never mentioned it publicly. But sources claim that he either belongs to Maratha Kunbi or Marathi Jain Family. So when it comes to his religion, he is either Hindu or Jain.

He was married to Rajashree Jichkar and has two children. His parents are Ramchandra Jichkar and belong to an agricultural background. He always said it was his family who supported him a lot in his education.

His horoscope was Virgo.

His Son and Daughter:

On 2nd June 2004, his car met with an accident with a truck near Kondavli. Kondavli is 65 kms away from Nagpur. Along with his nephew, Dr. Shriram Dhawad died there. The accident was so serious where they had multiple injuries.

These both were the finest people and legends in Indian History. I will never compare both of them but when it comes to India’s contribution, It was B.R.Ambedkar who contributed to India more than Jichkar and is valuable today also.

A most qualified person in the World:

If we just conquer two or three graduations then also we feel like we have achieved everything in life. This person was just a Masterpiece who got 20 degrees and also rocked in the field of Politics. Thanks, Sir, people like you are an inspiration to the World and Upcoming generations. He is still India’s most qualified person.

This was all about Shrikant Jichkar’s life history.