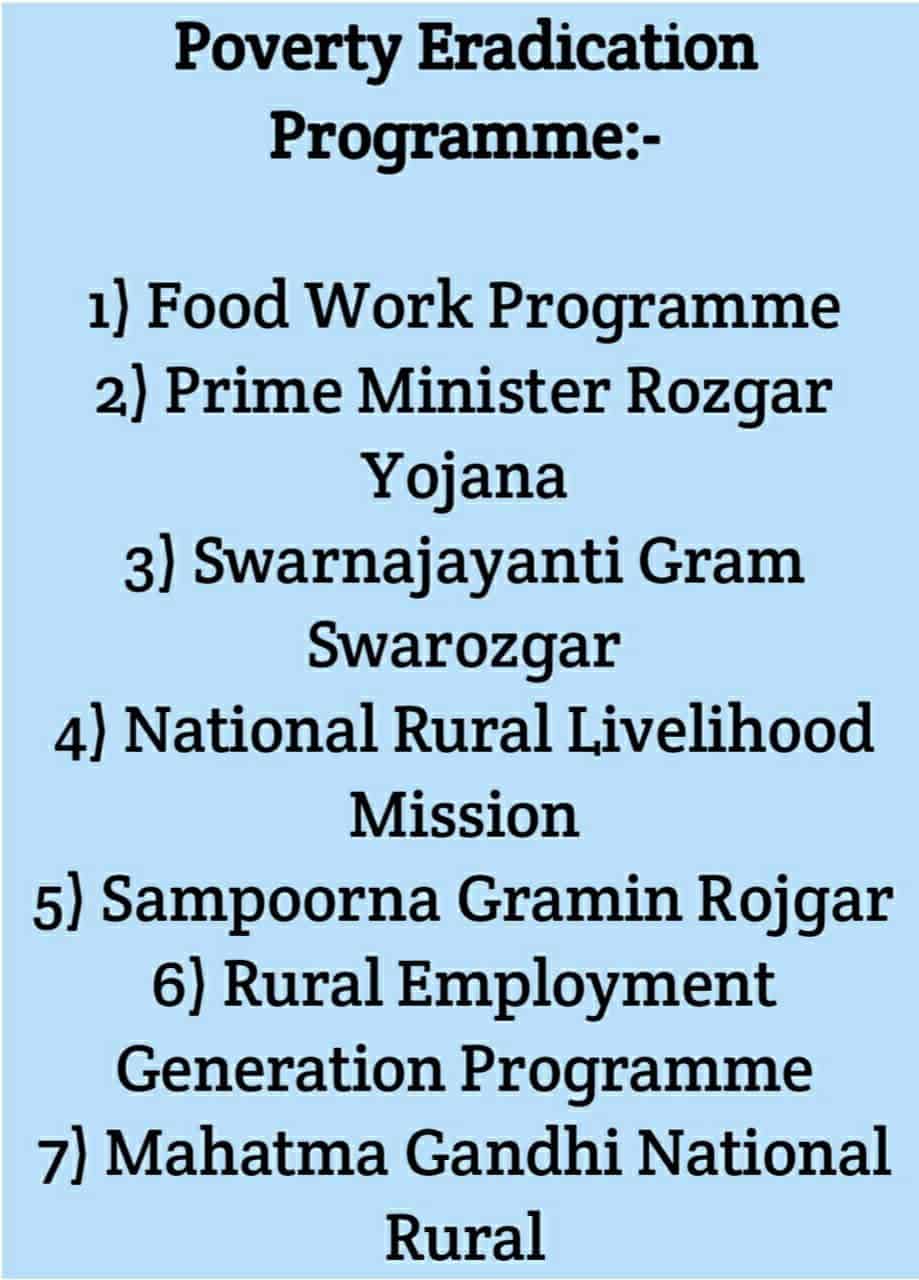 ▪️ What is Poverty?

It refers to the state of deprivation in which a person is unable to fulfil his basic needs like food, clothes, housing, etc.

In India, Poverty is still a major challenge. It has around 86 million people living in extreme poverty.

➡️Urban Poor- It includes those people who have migrated from the rural areas in search of jobs or employment opportunities.

▪️ How to eradicate poverty in India?

1. GDP growth- When the pace of GDP growth is accelerated, new employment opportunities will be generated.

2. Population Control- If the growth rate of the population is moderated, then per capita GDP will be increased.

4. Price Stability- If the price continues to rise, the standard of living of poor people will continue to deteriorate.

5. Focus on Backward areas- Government should provide special concessions and facilities to backward areas like Odhisha, Nagaland, UP, and Bihar.

▪️ List of the Poverty eradication programme in India:-

▪️ States which has more Poverty:-

a. Chhattisgarh is the highest poorest state in India with 39.93% of people living below

a. Chhattisgarh is the highest poorest state in India with 39.93% of people living below the poverty line.

b. Jharkhand is the second-highest poorest state in India with 36.96%.

d. In Haryana 11.2% and In Rajasthan 14.7% of the population is living below the poverty line.

e. In Punjab, only 8.3% population is below the poverty line.

The lasting solution to the problem of poverty in India is to generate more and more employment opportunities because when the people are employed then they rise their living standard of life. this was all about the poverty eradication programme in India.