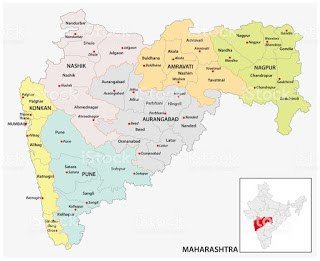 Know about Blogging and Digital Marketing

It gives about 15 % of GDP to India. The service sector gives 68% appro economy to State. Maharashtra has 25 % of Industrial Output.

Pune also is known as the IT hub has about 500 imp companies and gives 28% of software export in India. Important institutes such as RbI, Nse, Bse, Sebi are located in Mumbai.

Maharashtra was ruled by the Satavahana Dynasty, Rashtrakuta Dynasty, Western Chalukyas, Deccan Sultanes, Mughals, Maratha Warriors, and than Britishers.
Maratha dominated the state from the 1650s to the 1820s.

India contains no more than two great powers, British and Maratha, and every other state acknowledges the influence of one or the other. Every inch that we recede will be occupied by them.

—  Charles Metcalfe, one of the ablest of the British Officials in India and later acting Governor-General, wrote in 1806

Tourism gives good GDP to Maharashtra where people come from nearby States Gujrat, Karnataka, Telangana as Chatrapati Shivaji Maharaj 350+ forts are there.

Maharashtra has a 67000 sq km area under the forest in which only 50% of the forest lies in Gadchiroli dist.


Some other facts of Maharashtra

Maharashtra has a tropical Climate in 3 seasons

Education and health of Maharashtra

Films and Sports of Maharashtra

Maharashtra has Bollywood and Marathi Film Industry located in Mumbai. The great actor Rajnikant ( Shivaji Rao Gaikwad) has ancestors from Maharashtra. More than 200 newspaper is published in Maharashtra.

The most popular sports are kabaddi and Cricket. The great player Sachin Tendulkar is from Maharashtra.