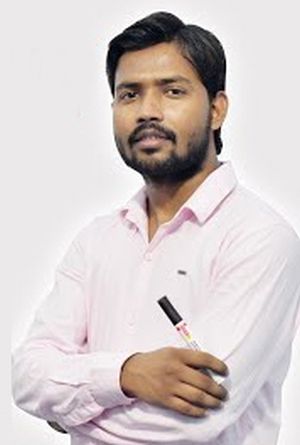 We had seen many teachers who teach but there are only a few who make a place in student’s hearts. Their teaching style is such Unique that students there never fail to understand topics.

Today we will discuss the biography of such a teacher who had become sensational on Internet Today.

His name is Khan Sir from Patna, Bihar. He is among the top teachers and Youtuber in India today.

Khan Sir born as Faisal Khan on 28 March 1992 in Gorakhpur, Uttar Pradesh. He was bought up by his Maternal Uncle in Patna Bihar. So more than Uttar Pradesh, Bihar is closed to him. His father and brother were in the Indian army.

He has completed his BSC and MSC from Aligarh Muslim University. Also in his college times, he appeared for Polytechnic and AIEEE.

He was also President of the Students Union. Students from his University say that he was one of the most dashing and resultfull presidents we had ever seen. He was jailed 3 times fighting for people.

Talking about his religion is disgusting. As he doesn’t like to know by any religion but as a teacher. He identifies himself as Indian first but he is Muslim by religion. Somedays before there was a controversy that he is Hindu.

Today he runs Youtube Channel and Institute for Students preparing for Govt Exams. The name is Khan GS Research Centre. At a time he teaches more than 2000 students batch. He also uses Bihari language in Video and makes it more funny and entertaining.

His income from Youtube is around 30 lakh monthly and 4 cr Annually. We had given this data from various tools on the Internet.

His income from Institute is unknown and disclosed. His channel has more than 9 Million subscribers today and uploads 3 videos weekly.

He was named as Biggest Influencer on Social Media in 2020-2021. He is one of the top 10 YouTubers of India today. Even his popularity is seen on YouTube many times as his videos got trending signs. He won 8th place in Indian Youtuber creators. He also explains major issues of country and world and gives solutions too.

He had made the biggest coaching center and library in Bihar. He thinks that Bihar has lost its identity and its image is low. Bihar once had great people like Chanakya, Aryabhatta, and Chandragupta Maurya. But today its image is bad in front of the country and he wants to make it more pure and clean.

He has opened a local school in Gorakhpur and helps poor students. He had also opened orphaned for poor and handicapped people. He is a cow lover so opened a cow school for cows. He believes in the protection of old-aged cows.

He had conquered the NDA exam but was out due to not being physically fit. He was very disappointed due to this as he want to serve nation. But it was his father who gave the idea to open an academy and serve students.

Today he is the cheapest teacher in whole India who gives such great knowledge and his success rate is too high. Many of his students from the last 2-3 years had become class 1 officers. He had also opened his website and apps. Today he is becoming a great competition to companies like Unacademy, BYJUS, and Gradeup. He is known as 2nd Abdul Kalam by his followers.

His ideology is that our life should be dedicated to people, nations, and students. He believes in pure secularism and nationalism celebrates every festival in his academy and coaching centre.

Some kattar panti people from Bihar attacked him and his academy on 11 May 2019 at morning 9.45 am. But he got huge support from people and issue was solved. He married in 2020.

It was controversial in May 2021 that he is Hindu and shows to be Muslim. His real name is Amit Singh. But clarification came from Khan Sir itself that this all is ridiculous.

We want more Khan Sir in India as he is pure nationalist, secularism and wants India to be developed country. He had helped many students and is serving the welfare of students.

We should not be shocked if in 2030s he gets Padma Shri.