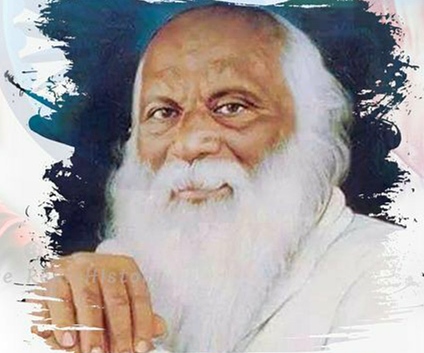 One of the sensational social reformers of Maharashtra changed the Educational Society known as Karmaveer. Today we will see his biography and shed light on all his works and achievements.

Karmaveer Bhaurao Patil was born in the Marathi Jain family on 22 Sep 1887 in Tal- Walwa Sangli, Kumbhoj Kolhapur. His Father name was Paigonda Devgonda Patil and Mother was Gangabai.

His childhood education was never in one school as his father was a clerk in an East India company. So there used to be transferred every time which led his education complete at 2 – 3 places. His education took place at kumbhoj, vithe, and Dahi Vadi.

The amazing thing to know here is that his old surname was “Desai“. But after migrating from Karnataka to Maharashtra, they got Patilki in their village which led them to change their surname. His secondary education took place from 1902 to 1909 where he used to live in Jain Hostel also known as vasati ghruva in Marathi. He studied till only the 8th standard.

Since childhood, he was very progressive and aggressive. He never liked discrimination with any people on basis of caste, religion, and language. He was strongly against the caste system.

Even belonging to the Jain religion which is different from Hinduism he made many friends who belong to the lower castes of those days. He was married at age of 18 to Laxmi bai. His wife had a long contribution to his life. She supported him throughout his carrier. In his old early childhood days, he worked in a window factory and Kirloskar Company too.

When he was small that time he saw one man not allowing other people from another caste to drink water from a well so he totally broke that well and beaten that person too. This shows how he was against discrimination since childhood.

Chatrapati Shahu Maharaj influenced him a lot. His thinking encourages him to work his whole life. He got full support from Maharaj too. There he was attached to Satyasodhak Samaj. He works with them for the welfare of people. His idols were Mahatma Phule and Maharishi Vitthal Ramji Shinde.

After leaving school he started private tuition with some of his friends like madvan teacher, bhausaheb kudale, nana saheb yedekar in 1909 name “Dudhgav Vidyarthi ashram“. This was his first step toward

In Sep 1911 in Satyasodhak Samaj Parishad, he finally got approval for education society for Bahujan people in kale village. But on 4 Oct 1919, he finally started “Rayat Shikshan Sanstha” in Satara kale village. “Rayat” is actually Marathi word meaning ‘masses’. He was one of the prominent men in history to start the scheme “Learn and Earn“. This scheme made students from Bahujan samaj self-reliant and independent.

1. To give education to every Bahujan Student for free.

2. Those who are poor in society should get an education.

3. To create enormous awareness among those days lower caste people.

4. To generate love among every section of society and for the Country.

6. To bring students to Sports and various other cultural activities.

In 1921 again he established vastigruh in valva taluka. In these, every caste and religion people were allowed. There he started a new yojna known as “mustifund” where everyone contributes to that vasatigruh in form of crops and no one person has to take responsibility for money there.

In 1921 in a public meeting of the Independence Movement, it got influenced to Gandhiji and then led living the rest of life as Mahatma Gandhi. Again on 25 Feb 1927, he established one more hostel where Mahatma Gandhiji himself inaugurated it. Its name was “Chatrapati Shahu Boarding Housing”.

While establishing these hostels he faced many challenges of funds so his wife gave up her ornaments and help her husband. Later on then from 1933 Gandhiji himself started contributing to it by giving every month 500 rs by his trust “Harijan Sevak Fund“. After that, he established 101 schools after the name of Mahatma Gandhi.

In 1940 he started school free and residential school name Great Maharaja Sayajirao Gaikwad. His name was given because he contributed to it. It was started in Satara and there was the school where the concept started of “Earn and Learn”. Also later on he started the “Laxmibai Memorial Fund” by her wife’s name which helps students of Bahujan samaj to get loans.

1. Biggest Award that he got was from the people of Maharashtra given by the hands of Sant Ghadge Baba i.e of Karmaveer.

4. Barrister Pandurang Patil wrote his Biography as The Bountiful Banyan.

In 2016 his Biography was translated to English by D.T.Bhosale.

More Info about Him:

This was all about the life of the greatest Social Reformer of Maharashtra Karmaveer bhaurao Patil who himself belongs to Upper Caste and Non-Hindu Religion. He changed many people’s lives and help developed Maharashtra educationally. He will be remembered through the life in the mind of Maharashtrians.