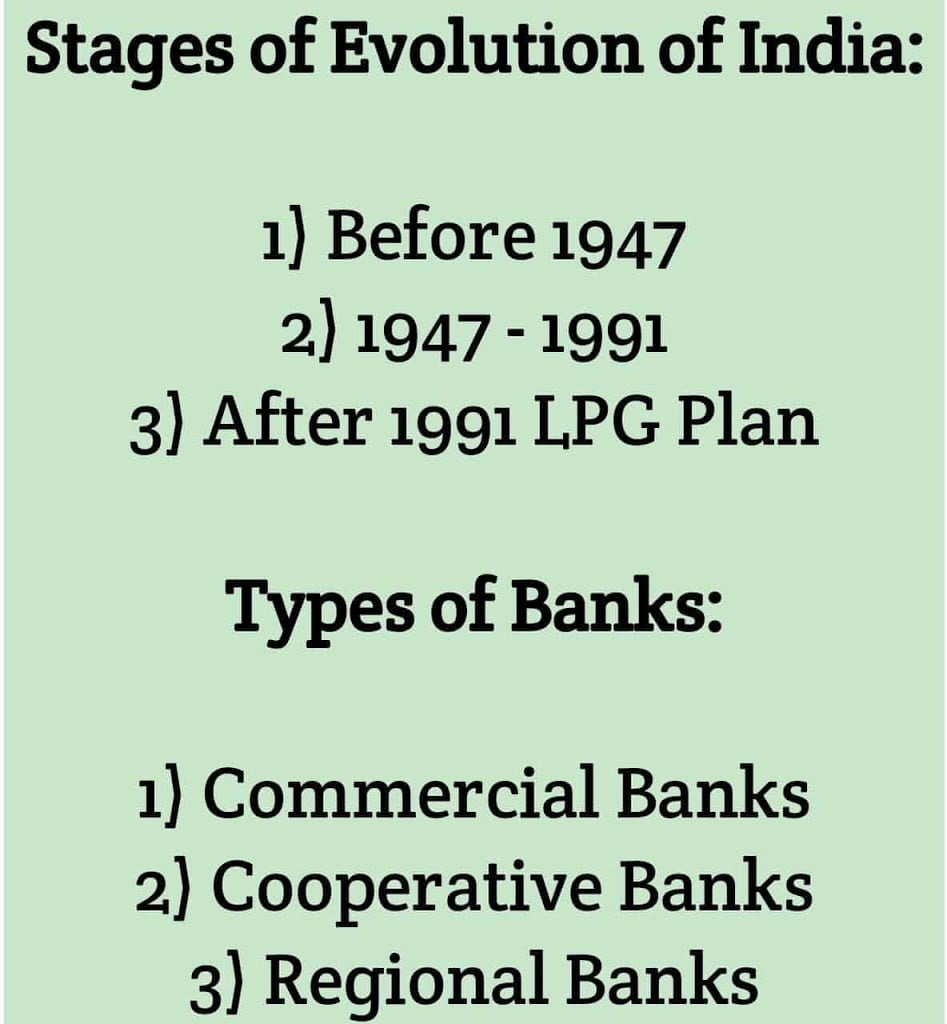 Evolution of Banking in India:??

Banks play a vital role in our daily life. It is the best investment platform for every person. 82 % of Indians directly or indirectly are involved in Indian Banking System. Have you ever thought about where it started?

So today we will discuss what is the bank? Its functions, origin, and evolution of banking in India. In this article, you know about evolution and everything about banking In India.

The bank is an Institution of finance. It can access deposits, withdrawal, and make loans. It can help you in wealth management and financial literacy.

Banks too further invest money like mutual funds do for better returns. We do then get interest on it. The loan is sanctioned on the basis of agreement.

There are many other platforms but people like banks as it has more trust. Also, it is regulated via the Reserve bank of India. Banking is a Spinal cord for every country’s economy.

Origin of Banking in India:

The origins of banks in India started in the 18th century. It was in 1770 when the “Bank of Hindustan” was started in Calcutta. Later it started its operation in 1832.

More two banks established general bank of India and oudh bank. But these banks didn’t get the success that the Bank of Hindustan got.

Also, banking in India can be divided into 3 parts:

These three phases changed the evolution of banking in India.

Who started the banking System in India?

It was British merchants who started banking in India. It is quite related to the 1st bank of India in 1832. Britishers came were for trading purchase.

They need organization for deposits, withdrawal, and other work. So was the reason banking was started in India.

Also, there was banking in the ancient and medieval periods. It was called by the names adseha and dastavez.

Types of Banks in India:

There are about 3 types of banks in India. They are Commercial banks (both private n public), Cooperative and Regional banks. ??

Urban and young people prefer Commercial banks. While rural and old people go for the other two.

Indians prefer following these 10 banks over others. These banks have more deposits and bank accounts.

These top 10 banks have most no branches. Also, they have the best-skilled workforce with them. Many of them are nationalized and give safe returns. These banks also have all facilities like ATM, Internet banking, Net banking, NEFT, and RTGS.

Stages of Evolution of banking in India:

There are basically 3 stages it can be divided.

As mentioned earlier it was the Bank of Hindustan that was established first. Then many banks came but didn’t work properly. These were banks that were supreme from the first Allahabad bank (1865), Punjab National bank (1894), Bank of India (1906), Bank of Baroda (1908), and Central bank of India (1911).

This stage is also called as pre-independence era.

The Reserve Bank of India was brought through the Hilton commission in 1926.

In these phases mainly nationalization took place. It was RBI which was nationalized on 1 Jan 1949. Again Indira Gandhi on 19 July 1969 nationalized 14 other banks. More than 5 banks were nationalized in 1980 again.

Narshiman committee started RRBs on 2nd Oct 1975. It helped the rural population of India to invest and become financially Independent.

Various other organizations were est related to Banking. They were NABARD(1982), SEBI(1988), and EXIM(1982). This was the 2nd stage for the evolution of banking in India.

The economy of India totally collapsed. India only had funds where a 9 days country would survive. Then, Finance Minister and PM made some bold decisions. LPG plan was introduced in 1991. The full form stands for Liberalization, Privatization, and Globalization.

After this India had the highest GDP of 8 % in Indian history. Thanks to Manmohan Singh and Narasimha Rao.

3) Fund collected is used in the primary, secondary and tertiary sectors. Which then helps in the economic growth of the country.

4) It actually acts as a 3rd party between the government and the people.

5) Customers have lockers facilities for commodities.

6) It deals with foreign exchange.

Sub-Branches of State bank of India:

4) State Bank of Bikaner and Jaipur

Structure of banking in India:

Development banks are those like NABARD, IDBI, EXIM, and IFCI. These banks are all under the reserve bank of India act 1934. To be a scheduled bank you need a capital of paid 5 lakh.

Development of Banking in India:

As discussed earlier, the evolution of banking in India was started in 1770. The 1st bank was the Bank of Hindustan which operated in 1832. Later On, every metro city had one bank back to back.

Bank of Bombay, Calcutta, and Madras later got merged into the State bank of India. The Indira Gandhi government did Nationalization of banks 2 times. After the LPG plan in  1991, we had privatization which helped boost the banking sector.

IT sector boosted which resulted in Digital India. Today banking can be done through Internet banking, Net banking, UPI e.t.c.?

More than 82 % of Indians are involved in banking. Jan Dhan’s accounts scheme played a major role in increasing bank accounts in India.

There was an increase in 66 % bank accounts in 2019 compared to 2011 stats. Today we are happy that we have the evolution of banking in India.

Which banking system is adopted in India?

The banking system of India has one main bank. It is a reserve bank of India established in 1935. It has one governor and 4 other members. Other main banks are commercial, cooperative, and RRBs.

We are divided into three types. They are scheduled, non-scheduled, and development banks. Also, there are some private organizations in India where people like to invest money.

Who controls the banking system in India?

It is the only reserve bank of India which controls all banks. Also, the finance ministry and the Indian govt introduce bank policies. As per the banking regulation act of, 1949, it is decided.

Current governor of RBI is Shaktikanta Das. He is MA in History and hails from Bhubaneswar.✌✌

There are about 5 sectors in the Indian banking system. They are the Retail sector, Global banking, Private banking, Investment banking, and corporate banking.

C.D.Deshmukh was the 1st Indian Governor of RBI. Also, the Dakshina Kannada part is known as the Cradle of Indian Banking. Eugume fama is regarded as the father of financial Management.

HDFC bank is regarded as the richest bank in India. Also, SBI and ICICI are closer to it. HDFC has assets of 170 billion dollars. With a total of 4000 ATMs and 5300 branches across India.

Mainframe computers are used for saving the data of clients. Also, KYC is done i.e Know your customer. Still, these humans are needed for customer satisfaction and calling purpose.

There are basically three important laws in the Indian Banking system. They are Reserve Bank of India 1934, Banking Regulation Act 1949, and Foreign exchange management 1999. The new banking regulations act was brought again in 2020.

New banks are introduced with the latest technology and laws.

Evolution of E-Banking in India:

In the 1990s the Internet arrived in India. Soon there was customer demand for e-banking services. ICICI bank was 1st to start e-banking in 1996. Electronic banking helped banks work efficiently and made them progressive.

Also, digital India and the Jio revolution have helped e-banking boost in India. In 2021 more than 65 cr people used the internet. Also due to the Jhan Dhan scheme, many had open bank accounts.

With the aim of providing financial assistance to every Indian, the RBI set up two new banks, Payments Bank and Small Bank, and entered the fourth phase of the banking industry.

These banks are allowed to accept nominal deposits (currently Rs. One lakh).

These banks are not allowed to give loans (both loans and credit cards), but they can operate both a current account and a savings account.

Currently, the six most active payment banks are as follows –

These banks are the main banks in basic banking services, including accepting deposits and lending.

The following microfinance banks currently operating in India are –

We believe that the rapid digitization of banks in relation to the new banking model will be an important topic in the fourth and current phase of the banking industry.

In short, this qualification should be for retail exposure individuals or small businesses (whose annual turnover is limited to Rs. 0.0 billion) and can take any type of credit like cash credit, overdraft, etc.

Retail banking exposure is limited to one unit only. 0.2% of the bank’s total retail portfolio or Rs. 50 million.

On the liability side, retail banking products include all types of deposit accounts and mortgages and loans (personal, housing, educational, etc.) on the bank property side.

This includes other ancillary products and services such as credit cards, Demat accounts, etc.

At the end of March 200, banks accounted for about 21.3% of SCB’s total loans and adv Devans’ retail portfolio. A major component of a bank’s retail portfolio is home loans, followed by auto loans.

Among the big banks, ICICI Bank is a major player in the retail banking sector, with a definite strategy to boost its retail portfolio. Emphasis has been placed on moving towards cheaper distribution channels.

SBI’s retail business is also growing rapidly and is a strategic business component for the bank. Young people, especially in the auto loan business, have a large presence.

These banks rely heavily on their retail portfolios, as many of these banks have forward portfolios, focusing on specific uses such as vehicles or consumer durables.

Foreign banks have a relatively small portfolio recently, however, they are expanding rapidly in this business segment. The retail banking industry is likely to see a high level of competition in the near future.

In large-scale banking, corporates are more likely to have more tickets. The internal processes of most banks classify wholesale banking into medium corporate and large corporates in order to be in touch with the customers.

A large proportion of wholesale banking customers have balance in the business. Hedging solutions make up a significant portion of corporate exposure.

Therefore, wholesale banking customers are strategic for banks with the intention of taking other business from them.

In addition to a wide variety of products and services, syndication services and commercial banking services are also provided to wholesale customers.

Wholesale rate banking is also a diverse banking vertical. There are many banks in wholesale banking. But large Indian banks are largely dominated by verticals.

Although the bulk of foreign banks’ trade comes from wholesale banking, their market share is still small compared to large Indian banks.

1) Bank of India was the 1st overseas bank and established its branch in London in 1946.

3) Union Bank of India was inaugurated by Gandhiji in 1919.

From these articles you came to know banks are the most important factor for countries development. Many countries shifted their tag of developing to developed due to Banks.

It also provides employment, makes infrastructure strong. So the historical decision of the evolution of banks in India was best.

Bank of Madras, Bank of Bengal were also important bank when it comes to the history of banking.