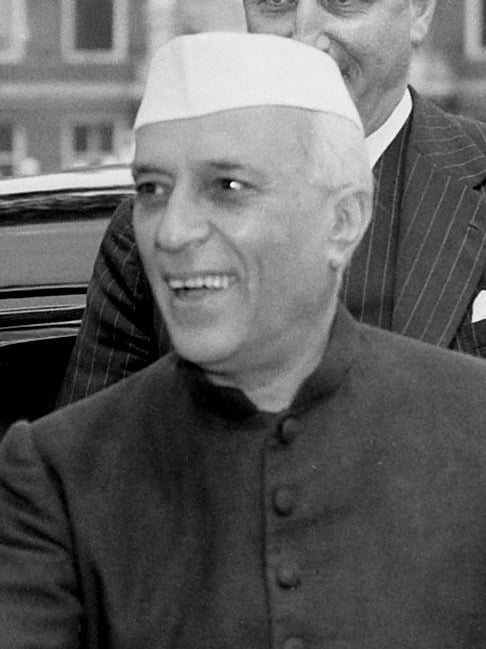 All Prime Ministers of India

India is the world’s largest parliamentary democracy. In the system, the office of the PM is the most important office. The office represents the voice of the people of a democracy.

This article will shed light on the PMs to date with facts about them and about the office of PM itself. Let’s start with the list of all the Prime Ministers of India to date.

He was the first PM of independent India. He became PM from 15th Aug 1947 to 27th May 1964 for 4 continuous terms, making him the longest-serving PM. He was elected by Indian National Congress.

He was called Chacha Nehru. He overlooked the country’s state reorganisation. He had a leading role in NAM. Also, his terms saw 3 five years plans. The first two plan helped the country in development.

He led the foundation of steels plants, IITs and many important organization.✔✔✔

He is also known best for Language-based states and goa liberalisation. He was the one who made a controversial 370 article.

His most known speech is the one delivered on the night of our independence “Tryst with Destiny”. His tenure witnessed the Sino Indian war of 1962.

He was the acting PM twice after the unfortunate demises of Pt. Jawahar Lal Nehru and Lal Bahadur Shastri. He was PM in 1964 and 1966 respectively.

Both the terms ended after INC elected new PMs. The two terms were sensitive due to strained relations after wars with China and Pakistan respectively.

His term witnesses the growth of the White and Green Revolution.

He gave the slogan “Jai Jawan, Jai Kisan“. During his term, the India Pakistan war happened in which the Indian came out victorious. His death is still a mystery and has been an inspiration to various documentaries.

He was one of the most humble PMs India ever had seen. He was one who didn’t fear the USA in the 1965 war.

This name is important when we go through the pm list of India. ✌✌✌✌

She was named Women of the millennium in 1999 by a poll elected by BBC.

Her term witnessed the emergency, blue star operation, the liberation of Bangladesh after another war with Pakistan.

Nationalization of banks was done by her two times.

She put forward the idea of Garibi Hatao. She welcomed the Japanese automobile company, Suzuki, to India. She has aptly titled the Iron–woman of India. Her cremation site is called Shakti Sthal. ☝☝☝

If you are a girl aspirant of UPSC, and if you till interview her question might be asked.

He was elected by Janta Party from 24th March 1977 to 28th July 1979. He was the oldest man to have ever hold office at the age of 81. He laid the foundation of peace between India and Pakistan. He restored friendly relations with China too.

His term saw the 1st nuclear test of India. He was honoured with Pakistan’s highest civilian award of Nishan–e–Pakistan in 1990.

Before becoming PM he was part of the Indian National Congress. He had fights with Kamaraj over making him PM after Nehru and Shastri. He is also one of the most controversial prime ministers of India.

His birthday on 23rd Dec is celebrated as Kisan Diwas in India. His term was interrupted due to political discords within the party.

His govt was regarded as a Lame Duck. ✖✖✖

The term witnessed the Sikh riots after the demise of his mother Indira Gandhi, the historical Shah Bano case, the Bhopal disaster, increased insurgency in northeast India and the Bofors scandal.

The indo-Sino accord was signed during his term. MTNL and VSNL were developed.

He was a pilot and served in Indian Airlines.

He was elected by Janta Dal from 2nd Dec 1989 to 10th Nov 1990. His term witnessed crises like ousting of the Kashmiri Hindus and a hostage militant exchange. He on the other hand successfully calmed the Sikh riots by visiting the Golden Temple.

He was elected by Samajwadi Janta Party from 10th Nov 1990 to 21st June 1991. He was 1st Indian PM to had never held any government office.

The government was unable to pass the budget. World Bank and IMF stopped their funding. The crisis was worsened by the Indian Economic Crisis,1991 and the assassination of Rajiv Gandhi.

He launched globalisation and implemented IMF’s recommendations to rescue the then bankrupt country.

He was also called Chanakya for getting majority support in Parliament and implementing major economic policies even when it had a minority government.

He opened gates for FDI, privatised the public sector, reformed the capital market and deregulated domestic business. He launched the Look East policy. He energised the Nuclear security and ballistic missile programme of India.

He along with Manmohan Singh introduced the LPG plan. It led the country to another level in development terms.

He was the 1st Indian PM who was not from INC and served a full term.

His term witnessed 5 successful underground nuclear tests in Pokhran, Rajasthan. He began a push for the full-scale diplomatic peace process with Pakistan and even started the Delhi Lahore bus service known as Sada-e-Sarhad.

The PM’s tenure witnessed a crisis of the Parliament attack which led to the Kargil war, the Ayodhya standoff and the 2002 Gujarat violence.

He was elected by Janta Dal from 1st June 1996 to 21st April 1997. He was credited for providing financial closure and kick-starting the development of the Delhi Metro project.

He was elected by Janta Dal from 21st April 1997 to 19th March 1998. He gave the Gujral Doctrine of 5 principles to guide India’s relations with its immediate neighbours.

He was a member of the Quit India movement in 1942.

Under him, India became the 2nd fastest-growing major economy and achieved the highest GDP growth of 9%. He enacted MGNREGA in 2005 and later NHRM.

He continued the Golden Quadrilateral and highway modernisation programme under Vajpayee’s government. He introduced VAT.

He was also the 15th governor of RBI.

He is the current PM of India elected by the Bhartiya Janta Party. He has been in office for 2 continuous terms from 26th May 2014. He became the 1st PM to be born after independence.

He replaced the Finance Commission with NITI Aayog and introduced the GST regime. He went ahead with trying to make India a manufacturing hub and putting forward the ideas of Swacch Bharat Abhiyan, Digital India programme, Make in India and Skill India.

The government has been criticised for encroaching privatisation and increased FDI limits. He has launched the New Health and Education Policies.

The foreign are at an all-time high but the relation with our immediate neighbours have grown to be hostile and cold. The government have strong stances over the defence and environmental policy.

He made some bold decisions like the abolition of 370. Also, CAA and triple talaq were brought. He brought digital India and make in India which helped Indians become entrepreneurship.

7. Shortest Duration of PM: Atal Bihari Vajpayee for 13 days though later he held the office for 6 years, 64 days.

The overall shortest duration was of Charan Singh for 170 days.

11. PM of India during an emergency: India has been under emergency thrice, the first two times when India was under war and thirdly on account of internal aggression.

The post of PM is the root of our parliamentary system which holds the system together. All of our PMs drove our nation to new heights as per their abilities and contemporary challenges. Every PM has left an imprint on the history of India.

These were all about all prime ministers of India.

The article above gave a quick peek into the tenure of these PMs and to the office of PM itself.

This topic is more important in UPSC and Competitive exams. It has total current affairs and Indian polity and Indian history attached with it.